Not too long ago we were the first GT-R to break into the 8s. Knowing the hardships we and others endured to get there is seems almost surreal that I get to write this story. Since that first 8 second pass in 2011 the AMS Team and its customers have been able to put 14 different GT-Rs into the 8 second club. Thanks to our friends Alpha Logic and their customers that number just jumped to 18 in only a 48 hour period.

Alpha Logic has been a cornerstone for GT-R performance in the Middle East. Their approach to building a car and customer service is beyond comparison. Its only fitting this fantastic company and their customers have logged one of the greatest 48 hours in R35 performance to date. Its important to note that not only did these four cars enter elite company but in total they combined to collect NINETEEN 8 second time slips!!!!!

Each car was tuned in person by AMS very own Chris Black on his latest trip to Dubai. Four 8 second cars from one shop in a 48 hour period is one impressive feat. Its also important to know these cars were almost all practically full weight! The few that had weight taken out only did so by removing the passenger seat for the runs.

I give you the FOUR newest entries into the GT-R 8 second club and Alpha Performance Elite program: 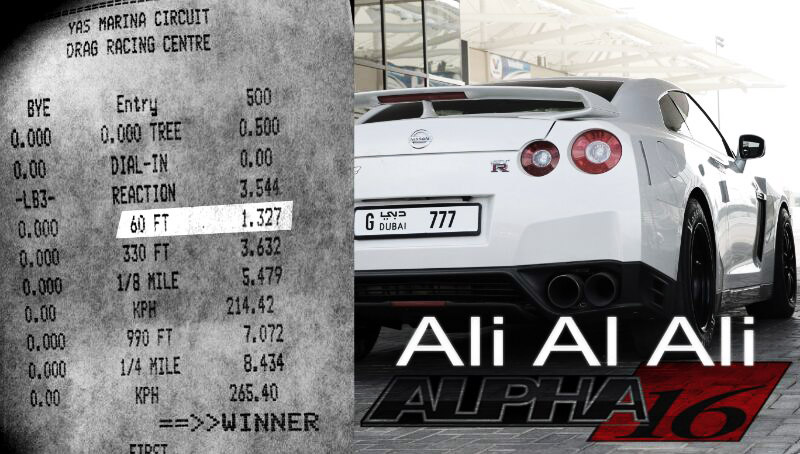 Major Modifications: ALPHA 12 turbo system, ALPHA 4.4 race engine, ALPHA race FMIC and Cobb AP unit
Best ¼ time: 8.93@161mph
WHP at Full boost: 1100+
Notes: Nassers car was limited on boost due to being at the limitations of his fuel injectors. Nassers car was also full weight full interior for his runs. Nassers car was the only car in the group running a Cobb Accessport. 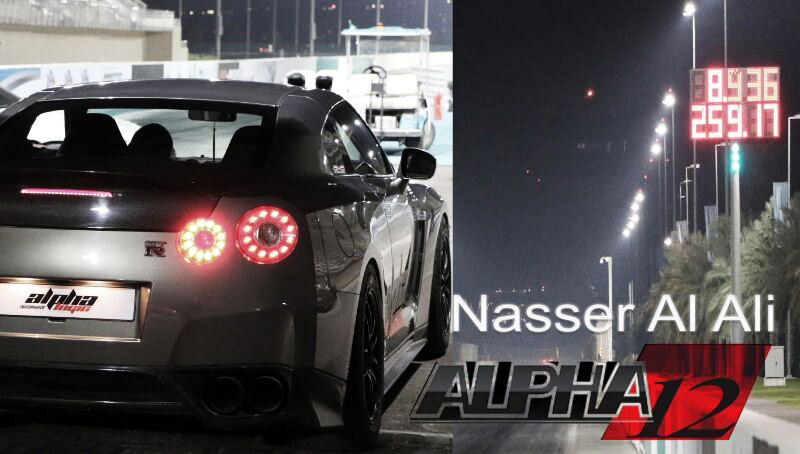 AMS / ALPHA Performance would like to send a special thank you to Alpha Logic and its loyal and dedicated customers. Knowing first hand from our visit there the UAE is home to some of the nicest people we have ever met. This could not happen to a better shop or a better group of individuals. Thank you for showing the world what ALPHA products can do in the right hands!