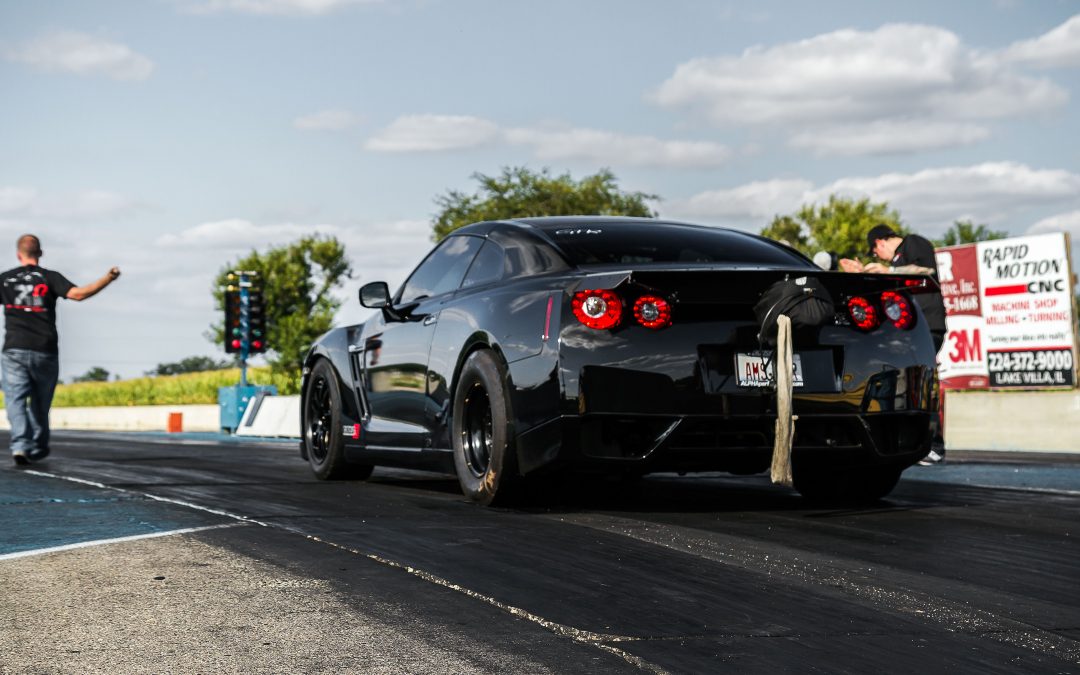 The Alpha Omega R35 GT-R has always been about developing parts and testing their limits.  At the beginning of 2014 we set some performance goals we wanted to achieve with the car.  These goals were to be met and will always be met with Alpha Omega remaining a legitimate street car.

We wanted to run 7.5 in the quarter mile, a 190 mph trap speed and a sub 5 second 1/8th mile.  In the Fall of 2014 while testing for the prestigious Texas Invitational King of the Streets event we realized one of these goals when we hit our 190mph trap speed.

Unlike many tube-frame chassis street cars you may see on television with extensive chassis modifications and weight reduction, Omega remains a true street car used to test parts that will eventually be used on other full weight to near full weight GT-Rs. Many have asked us if and when Omega will be transformed into a purpose built drag car. We have no plans to do so until all our goals with our R&D program for the GT-R are complete.