Alpha Omega: Back To Back TI King Of The Streets Champion 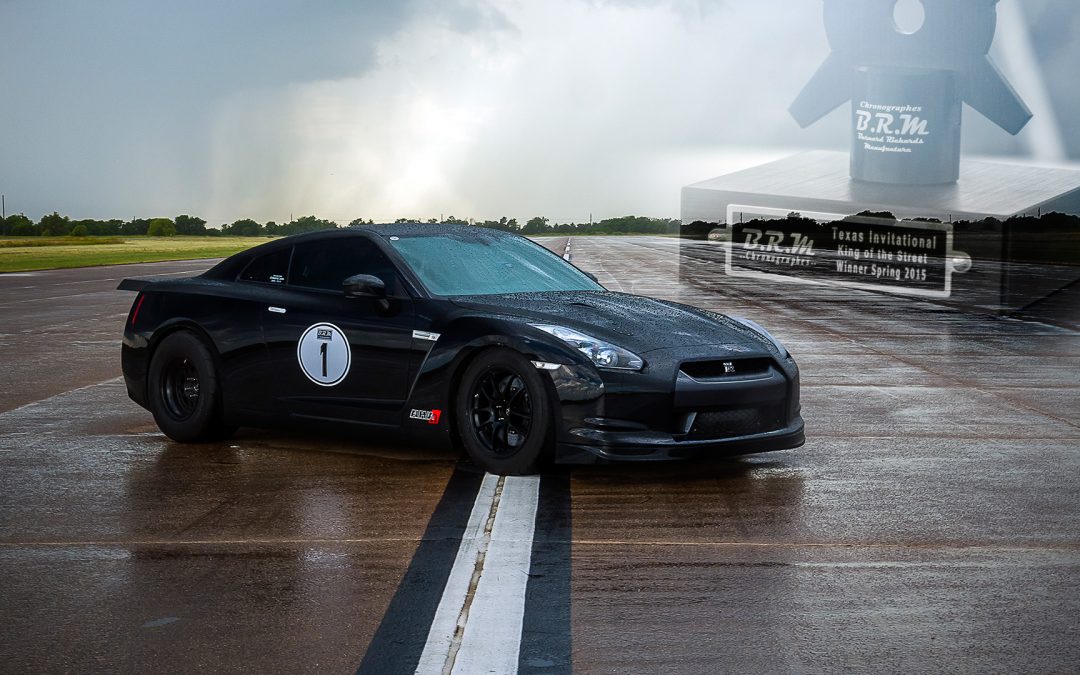 Every year, competition gets better and better in this industry. When it comes to the Texas Invitational King of the Streets (KOTS) event hosted by the Texas Speed Syndicate that statement is even more true. Having won the event last Fall, we knew this years competition was going to be intense. Initially scheduled for April, rain pushed the event twice into a much less pleasant time of the year in Texas. Competitors were welcomed with 90+ degree temperatures and thick humid airconditions most would not dream of racing a car in. Despite this all of the TI competitors prepared their cars for a weekend of intense side by side racing.

Unlike ½ mile racing where the top speed wins the event, TI is structured as a rolling drag race. Two cars enter a pacing zone at about 60mph then once given a green light accelerate for approximately 1500ft to a set finish line. The car that crosses first wins. The start can make or break this event as rarely are two cars perfectly lined up. The trick is to not get jumped too bad by your opponent and get as clean of a start as possible.

Like last year, we brought our shop R35 Nissan GT-R development car ALPHA OMEGA to try and defend our title. In addition we brought along a new project here at AMS/ALPHA Performance a brand new Alpha Audi R8 V10 with a DCT Transmission and our Alpha Twin Turbo system. The R8 was a project we had been working on for about 8 months. Knowing this new R8 and the Huracan were going to a DCT transmission we knew this could be a good platform for us in the future. In order to test the work we had done to this point we thought TI would be a good place to get some hard miles on the car and test components like the built motor, turbo system and upgraded clutch.

King Of The Streets Qualifying

Fridays activities including speed indexing / qualifying for the King of the Street event. Speed indexing required cars to enter the pacing zone at 60mph then accelerate to the finish line. Their speed when crossing that line would determine their seeding in the following days King of the Street elimination bracket. Many cars were putting down some impressive 180 and 190+ mph runs but were nullified when it was determined that the speed in the pacing zone was too high. Looking to get a good seed in the bracket Omega driver Ivan Phipps and tuner Martin Musial, President of AMS, looked to put up a good time.

As Omega came to the line the announcer called the crowd to turn their eyes toward the track. Omega set out on a clean 60mph start and blasted through the beams with a 203.06 mph pass. This not only earned us the fastest pass of the day but also broke the record for the fastest legal index pass in the events history. We knew that the event would bring some serious cars but decided we felt good that the 203mph run would keep us near the top of the field. When the dust settled a few cars tipped the high 190s and even fewer broke the 200 mark but we had kept our number one qualifying spot.

While Omega took a well-earned break we had some time to get some time behind the wheel of Garys 1200hp Twin Turbo Alpha R8 to test our upgraded clutches for the new DCT transmission. As Ivan taught Gary the ropes to TI soon he was clipping off very respectable 165mph runs over and over in this very comfortable and deceivingly quick car. The new Svyecs ECU with rolling anti-lag worked well and we look forward to pushing further with new DCT transmission in both the R8 and Lamborghini Huracan in the future. Extremely pleased with the results and the days performance, Gary drove his daily drivable supercar back to the hotel to relax with the AMS crew and TI competitors.

King Of The Streets Event

Rain had been a serious threat all weekend. Amar and the TSS team did what they could to run as late as possible on Friday clearing out the other classes in hopes of getting a window just big enough on Saturday to complete the KOTS elimination bracket. 32 cars filled the KOTS field. The field was a literal whos who of aftermarket performance. As always Underground Racing (UGR) came with a VERY impressive arsenal of cars including over 5 Lamborghinis making in excess of 2000whp. Dallas Performance brought some serious twin turbo Lamborghinis of their own. The crew from T1 Race Development brought their 2100whp GT-R just days after it was finished up. D3 Engineering and Nth Moto also stocked the field with a pair of no-nonsense twin turbo Dodge Vipers not to mention Nth Motors monster twin turbo Gallardo build which offered eye candy for days to any gear head. This was just part of the KOTS field. It was one of the most stacked KOTS rosters in the history of the event.

Round one came with a nasty rain delay but Amar and the TSS crew worked diligently to turn what seemed like a washout to a perfectly dry track in just over an hours time. When round one was all settled Omega had bested a late model Corvette moving on to round two. The field was now cut in half.

Round two gave us a bit of a scare. With a very lop-sided start the Dallas Performance Twin Turbo Gallardo took a big lead on Omega as the light turned green. Thankfully Omega had enough power in reserve to come around the orange Gallardo in time to move into round three.

With the field dwindling the opponents were getting tougher and tougher. Round three pitted Omega against a very fast twin turbo Audi R8 from Underground Racing. After a red light from a lopsided start the two set off again to make their run. Sadly the R8 driver made a misstep causing the car to go into neutral right after the green light lit up. It was on to the semifinals.

Round four brought us our greatest test to date the UGR Lamborghini Huracan. Pushing over 2000whp and being driven by the very talented K.C. of UGR, Ivan knew he had to be on his A-game for the pass. Since last year the UGR team outfitted the cars with a very capable traction control systems and air-shifted sequential gearbox. The days of the transmission advantage were over. After a botched start the two set off on a clean run. The Huracan came out first but Omega was able to reel her in and come around it as the pair passed the finish line within a car length of each other. Easily one of the best races of the entire event. It was time to move onto the finals!

With rain moments away both teams were asked to forgo the normal 30 minutes of cool down time and to make their way to the grid in hopes of getting the final race off before the rains came. Sweltering heat and humidity filled the air. Despite that these two remarkable machines made their way to the starting line for a final showdown. The crowd lined the runway, countless cell phones aimed at the final two. The call from Amar at the line was heard on the TI crews walkie talkies Cut em loose! As both cars made their way into the box their rolling anti-lag systems filled the air with a medley of machine gun noises.

The light turned green and they were off. The D3 Viper came out very well and got an edge on Omega out of the gate. As it was in last round though driver Ivan Phipps was able to come around the blue Viper and just kept going crossing the finish line in convincing fashion at 204.9mph!! For the first time in the history of the event the same car had won The Texas Speed Syndicate King of the Streets event two years in the a row!!!

Omega Wins Back To Back TI King Of The Streets!

As Ivan drove Omega back down the return road parachute in tow his arm raised from the window of the car in triumph. Overcome with emotion he stopped the car on the runway hopped out to jump up and down in celebration. As the AMS team ran to greet him the crowd was there to show their appreciation as well. The little V6 that could did it again!

Winning this event two years in a row is quite possibly one of the greatest accomplishments in AMS / ALPHA Performances history. Having broken and set benchmarks in the field since our inception no event tested our resiliency and determination like TI. No other event offered this level of competition. To walk away not once but two times in a row with the #1 number plate on the door was amazing!

Overall we were happy with yet another flawless performance of our Alpha VR38 Billet Engine Block. We were also pleased to put our newly released Alpha Carbon Fiber Intake Manifold and the Alpha Omega Brushless Fuel System through some even harsher testing in the Texas heat. Events like this are so valuable to us to further push development of the Alpha Packages.

There are too many people to thank but our sponsors, staff and customers put us where we are today. Thank you to Amar and the entire staff at TSS for putting on this amazing event and continuing to set the bar higher and higher. If there is one event marked on our calendar every year it is this one.

Keep an eye out for 1320.com ‘s video and our full video which will be out soon!