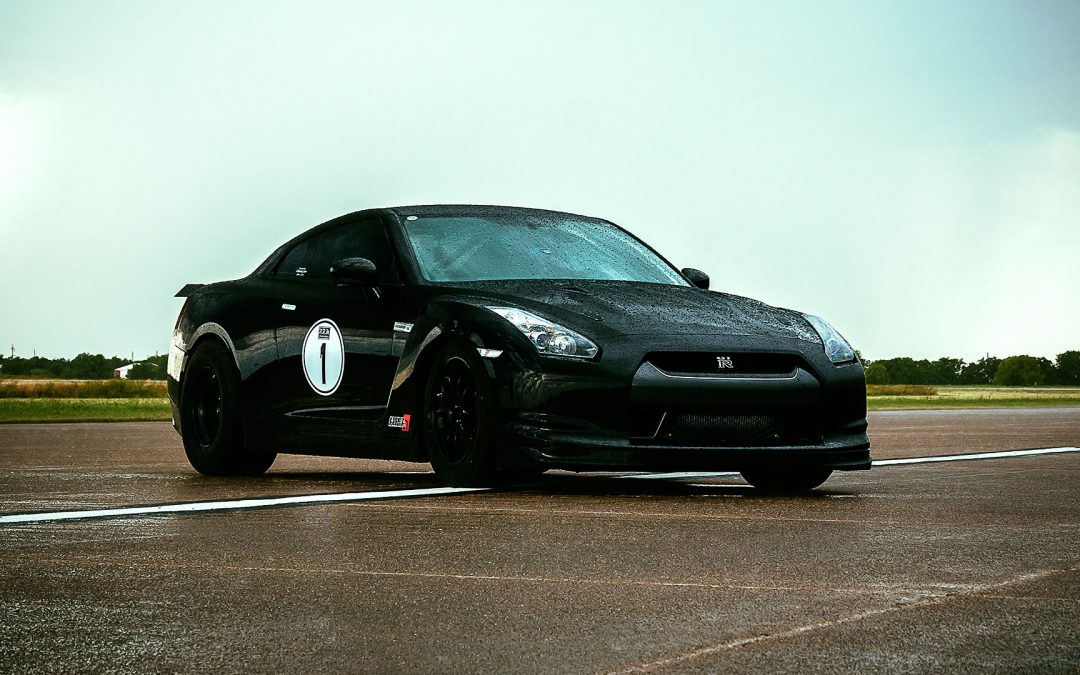 When our AMS Alpha Omega entered the Texas Invitational King of the Streets roll race competition last fall, it was labeled an underdog by most everyone at the event. The AMS flagship GT-R, with its V6 engine was running two or four less cylinders than the competition (at the very least, a liter less displacement than other vehicles competing at its level). Weighing in at 3,891lbs with driver Ivan Phipps behind the wheel, the odds were not in its favor. We understood this was not Omega’s race. More attuned to 1/4 mile drag racing, the question was whether or not she had the top end to cover the 1500ft distance against a number of lighter, more equipped 2000whp platforms. Nonetheless, it was an opportunity to prove the GT-R’s overall capability since TI was host to the very best roll race vehicles in North America. Despite overwhelming odds, Omega finished the event and was adorned with the 1st place trophy. The victory created a stir in the racing community that was intense enough to gain well over 3 million views on 1320video.com and the attention of some major websites, social media apps and online publications including the Yahoo! home page, Nissan’s Twitter and Jalopnik.

Could the hefty V6 GT-R do it again?
Ivan and the staff knew the competition would be gunning for Omega at the June 2015 Texas Invitational. Equipped with the same Alpha 20 turbo system, Carbon Fiber Intake Manifold, Omega Brushless Fuel System setup and Sheptrans GR6 transmission, Omega was running all the same components from the last TI KOTS event with one exception. . . our prototype Alpha 4.0L GT-R Billet Block to provide much improved reliability as well as handle a small increase in power.

With the conclusion of the June 2015 Texas Invitational and the back-to-back wins in the King of the Streets competition, Omega once again proved her mettle. We learned a lot from the past two TI KOTS competitions – most importantly, the rigors and stress our components can handle and what it will take to keep the GT-R competitive in the years to come.

To all our customers and fans alike, we appreciate your continued support.

AMS would like to also thank our following sponsors: