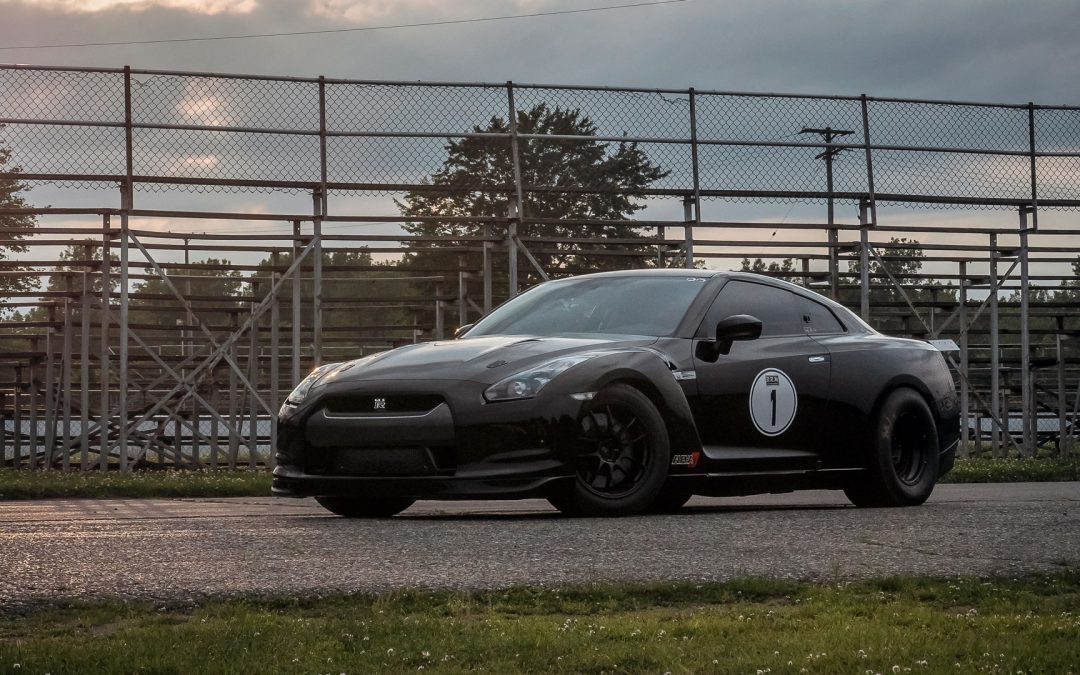 With the Texas Speed Syndicate King of the Streets victory in the books, it was time once again to focus on the drag strip for our shop R35 GT-R ALPHA OMEGA. OMEGA bas been doing its part to really test our Alpha VR38 Billet Block Program. Typically, at these high power levels, anyone in the game knows that the engine is like a grenade with the pin pulled out.  We realized a while back we were surpassing the limits of the factory VR38 engine block.  The block was flexing, causing bearing and head gasket failures.  With our new billet block, weve remedied this by creating a solid foundation.  Since introducing the Alpha Billet Block to Omega she has gone on a tour of sorts:

To top it all off, we have now run this full track rental day without a rebuild. Truly remarkable how much abuse this motor has taken at this astonishing HP level.

With weather in Chicago feeling more like a rain forest in past weeks, we opted to move to a dryer area in Michigan at Milan Dragway.  Just our luck, the rain followed us with a sprinkling of rain in the morning, but still better than back home. Lightning had struck the ET board earlier in the week so there would be no digital readout for the onlookers that day. We would all have to wait for the time slip just like Ivan.

We had high hopes when our first full pass broke our previous best with a 7.63@189mph. The track was hooking well and we figured we just might have a shot at throwing more power at her on the short track something that had not been possible at the 2000whp level. Pass two was even better with a 7.59@191mph. Pass three was much of the same with a 7.60@191mph.

Omega has always had a hard time putting the power down on the first 1/8th mile but President and tuner Martin Musial decided to keep throwing more at it to try and get the new record. Attempt four was even better with a 7.54@190mph. We were almost there but our rental had ended so the track was now live with open test and tune cars.

Fearing the track would degrade more, the team decided to make one more pass before packing it in. Martin threw down more boost than we have ever tried in 2nd gear  to date. Ivan set into the beams for what he knew would be his last shot for the night Clawing its way down track, Omega posted its best time to date and a new world record of 7.485@192.97mph!!!! The team had done it, once again the worlds quickest and fastest R35 GT-R!

Pushing The Limits And Improving The Alpha Product Line

Having the world record certainly is something special, but what has been truly inspiring has been the abuse Omega has been put through and how the car simply seems to take it and want more. Omega has always been our lab. . . our rolling experiment.  We push this car hard to find the limits, overcome them and improve our Alpha product line.

Thanks to her recent tour of accomplishments, we have proven the durability of a long list of parts like our new Omega Brushless Fuel System, Carbon Fiber Intake Manifold and other improvements to the engine and transmission (stay tuned for more information about this in the future).  Companies have used Omega for product development too such as Driveshaft Shop, Dodson, Exedy, Shep Trans, SPL parts, Syvecs LTD and more. Breaking records will always be the icing on the cake, but the product development for our customer is and always will be paramount to us.

We didnt do this alone. We have some amazing partners along the way to help put Omega on top. One of those partners is ShepTrans. Throughout this entire project, John has always been one step ahead of the curve pioneering new ways for this transmission to take what we are throwing at it. All of our sponsors made this possible but Johns dedication to it has been something we will never forget.

To all of our partners, thank you so much:

Also, a special thanks goes out to Tom of Milan Dragway for your help throughout the day! Sorry for no photo op or feature, but we must say you manage a clean track!

Some may ask whats next? The truth is we dont know but dont think you have seen the last of Omega.

For the most up to date and exclusive updates be sure to follow us on: