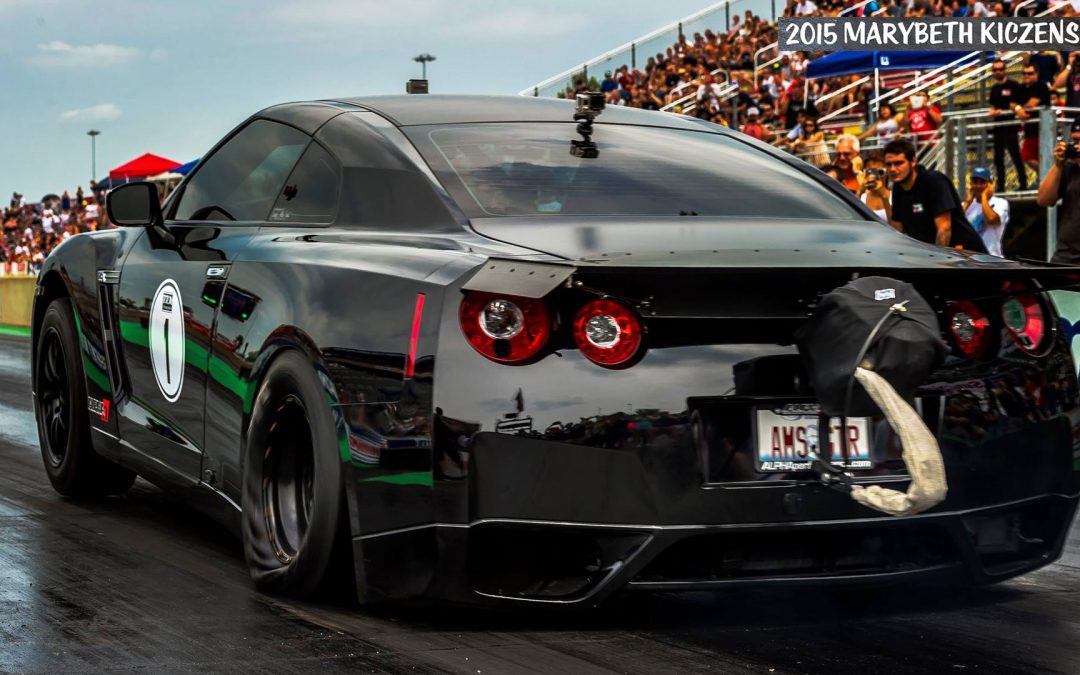 It was a bit of a surreal weekend for many at The 2015 Shootout hosted by Buschur Racing. With both cars running well, we decided to bring the Diamonds By Wire ALPHA 20 GT-R owned and operated by Gidi Chamdi as well as our own shop GT-R ALPHA Omega. Dave Buschur and his crew have always been really good at prepping a great track for this event at Summit Motorsports Park so we both certainly wanted to take advantage of it.

DAY 1 QUALIFYING
Saturday was spent doing some test and tune and qualifying runs. Gidi and Omega would be set on a moderate boost level so that both Ivan and Gidi could get used to the track. Both cars were having some issues going into launch mode which proved to be a bit troublesome for putting down a good time. Despite that, Gidi was able to post a 8.5, 8.1 and finally a 7.97 before the day ended. Omega also battling the same launch control issues still managed to run a 7.79 and 7.66 with little to no burnout on a moderate boost setting.

DAY 2  COMPETITION
With Saturday in the books and qualifying behind us, we focused on moving Gidi through the GT-R quick class and putting up a better time with Omega in the Exhibition class. In the opening round, Gidi was pretty determined to cut a good light as he was paired up with a very quick car. Sadly, he tripped a red light by only .004 seconds a disappointing way to get knocked out but when you race as much as Gidi does things like that are bound to happen eventually. Omega went out again but was unable to put up a good time on two consecutive runs due to a pesky launch control issue. Thankfully, the team was able to trace the problem back to a transmission temp related safety that simply needed to be readjusted. With competition behind us we focused on turning both cars up and getting some good passes.

With the lanes now open, both cars lined up to make a good pass with the boost turned up a little. As Gidi went to the line and the light dropped, he seemed to be on a mission. He cut a very nice high 1.2 sixty foot, screaming past the 1/8th mile mark just a hair over 5.1 seconds. He was on pace to easily the best pass the car has had to date. Sadly and unexpectedly, smoke poured from the back of his car right around the 1/8th mile mark. Traveling at over 150mph, Gidi was unable to see the issue and at that point he was along for the ride. Syvecs immediately sensed a drop in oil pressure and shut the throttle bodies to protect the motor and driver. Then disaster struck. Oil made its way onto the rear tires and put Gidi into a slide that caused him to hit the wall.

With our hearts in our throats, we ran down and prayed our friend was ok. Shortly after the announcer came onto the PA and said: The driver is out and he is ok, a sigh of relief and applause broke over the crowd. Our friend was oknot just okhe was UNTOUCHED! Shaken to say the least, we decided we would call this a wrap, instead, taking time to assess the unfortunate situation.

Despite the damage to the car the most important thing is that Gidi is ok. His spirits are high and with not even 2 hours elapsed, he was already talking about the next car. As I type this report a remarkable thing happened; Gidis engine fired up Thats right, that mangled mess of a car is running! We are not sure on the future for that particular chassis, but Gidis spirit is unbroken and he WILL be out again and sooner than many might think. We will keep everyone posted on his new project and we thank everyone for the outpouring of concern for our friend. This is a grim reminder of just how dangerous this sport is and that in racing anything can happen.

TOP SPEED MOTORSPORTS ALPHA 16 GT-Rs: 1ST & 2ND –  GT-R QUICK CLASS
The weekend was not without its success stories however. ALPHA Dealer TopSpeed Motorsports put on a great showing taking home first and second place in the GT-R Quick class with the shop ALPHA 16 and the Chicago Motor Cars ALPHA 16! This was the 3rd year in a row that an Alpha 16 GT-R captured the #1 spot overall at the Shootout! Alpha cars were everywhere and all of them seemed to be performing very well. 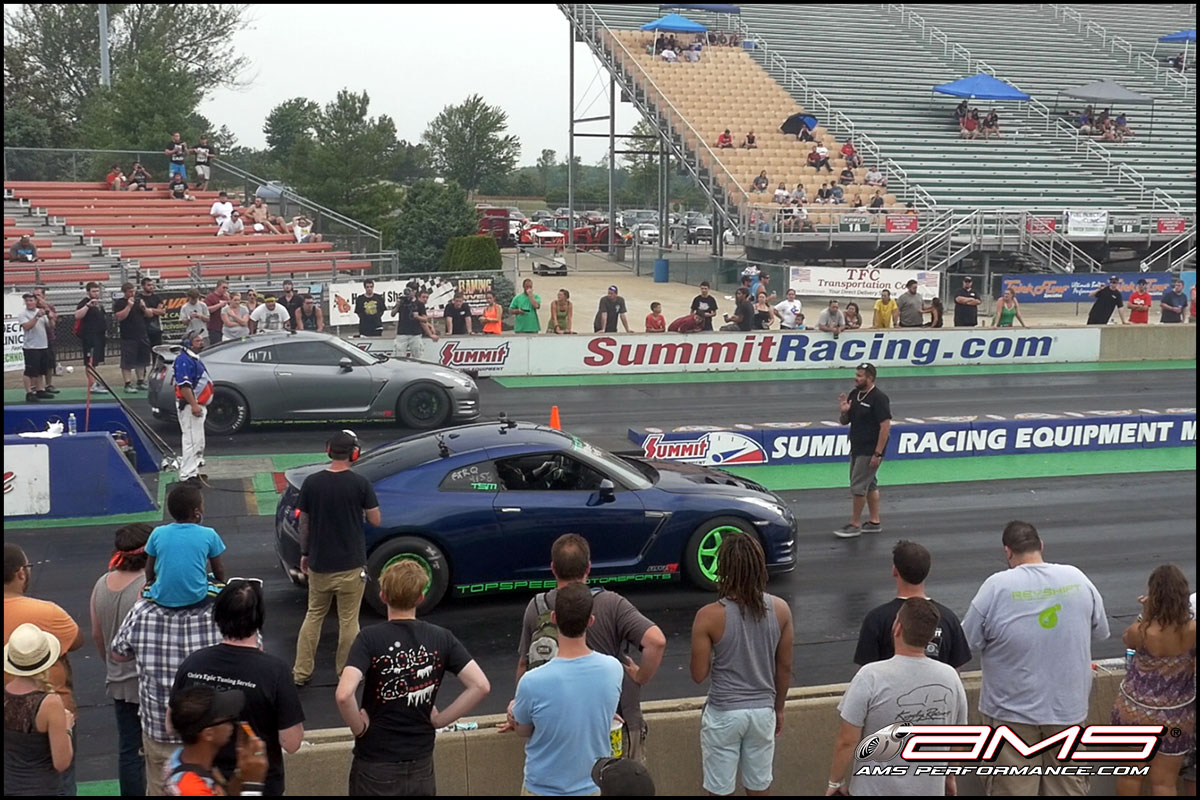 OMEGA QUICKEST & FASTEST VEHICLE OF THE EVENT
Despite being on a limited boost Omegas 7.66@186 was also the quickest and fastest GT-R and vehicle of the event. 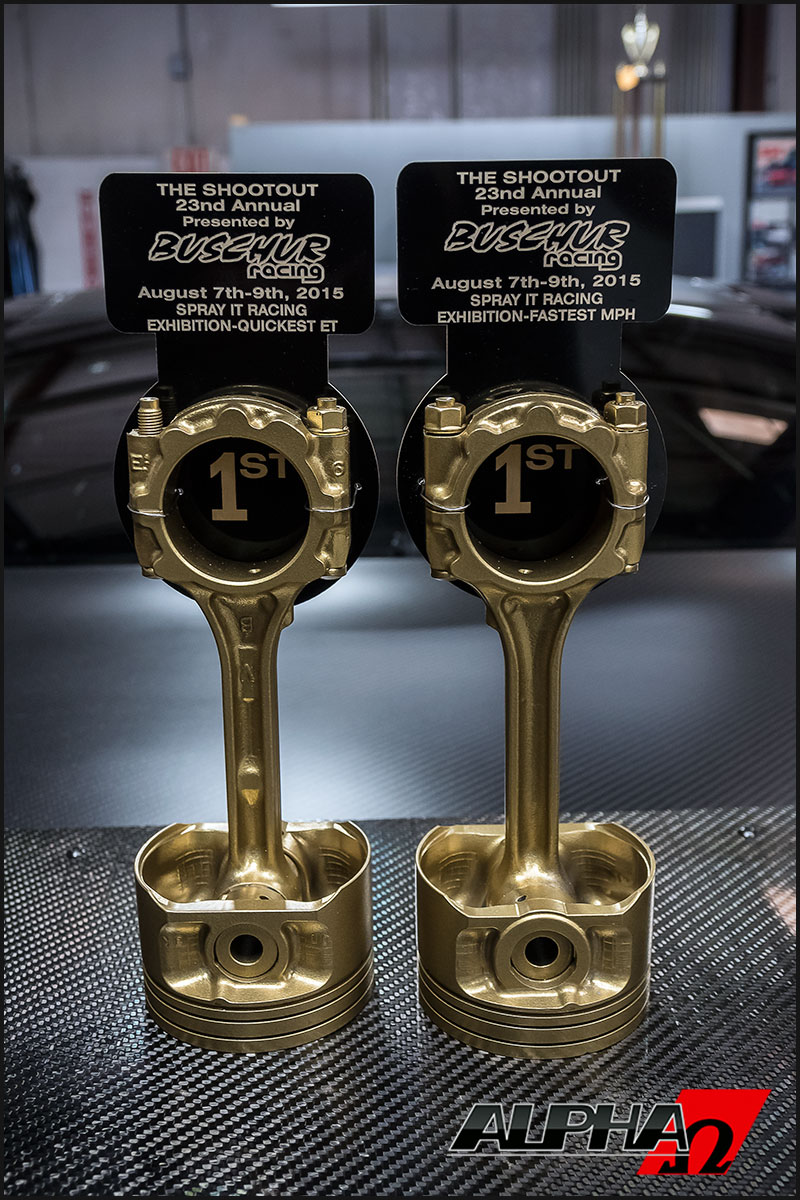 Omega runs the quickest and fastest pass of the 2015 Shootout

Be safe out there everyone and God bless!