Long time great friend and AMS Performance customer, Dave Bruzewski, recently won the 2013 Modified Magazine Street Car Shootout with his 2004 EVO VIII! In this Modified Magazine competition sponsored by Continental Tires, a total of 15 teams compete against one another in a multi-event competition consisting of a dyno, autocross, time attack and a drag racing challenge. The win was awarded to the vehicle and team who racked up the most points throughout the entire competition. 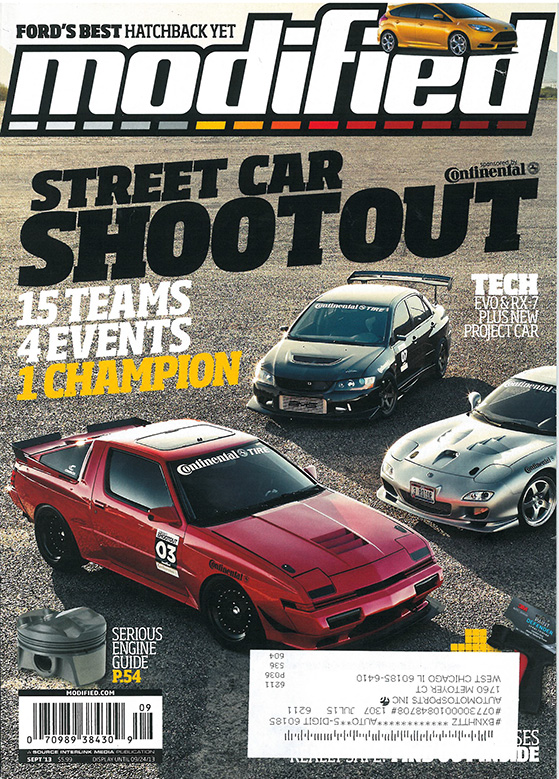 What makes this win for Dave and co-driver Jarrod Hoops most exciting, at least from our point of view, is the fact that they entered the competition as a privateer team against some highly competitive shop vehicles. And yes, Dave is truly a privateer by nature. Every so often throughout the year he makes his way from Michigan to our shop in West Chicago for a dyno tune, but most of the work he does at home in Michigan. We were certainly excited to read about his achievement in this September 2013 issue of Modified Magazine. To see how the Bruzewski team and EVO VIII performed throughout the competition, be  sure to pick up your copy of Modified. It’s a wonderfully detailed and in-depth article that you’ll be certain to enjoy!