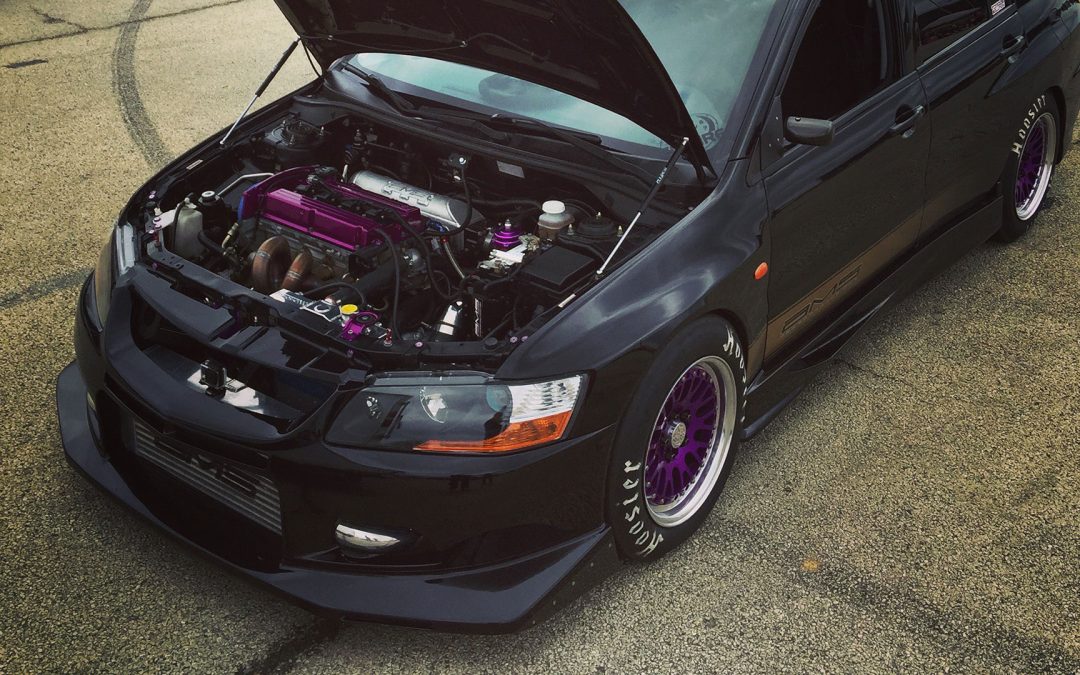 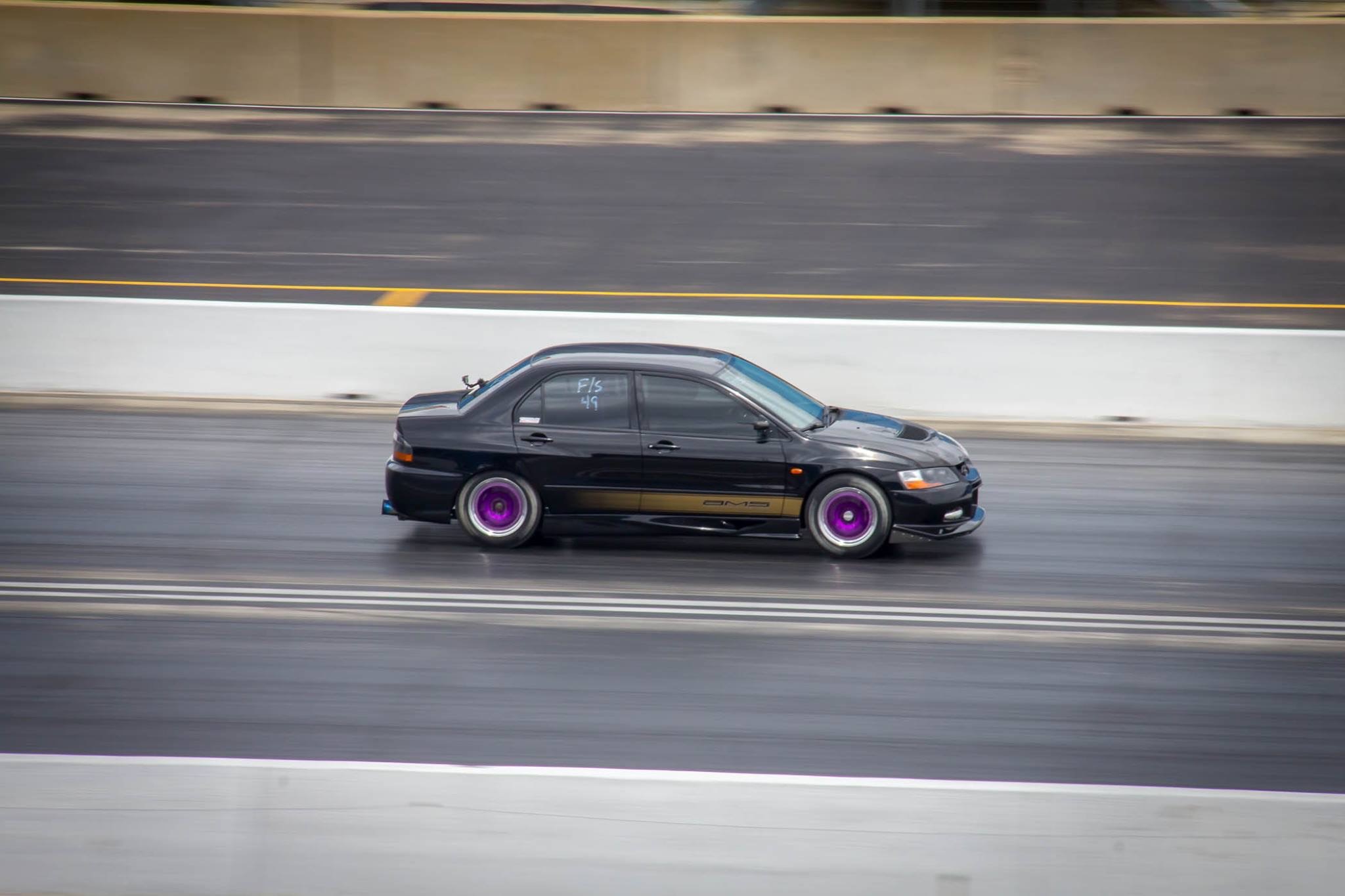 Dave ran a best time of 9.93@147mph on Sunday never opting over his low boost setting due to track conditions.

Dave rolled his Evo off the trailer, lowered the tire pressure and fired off a 9.9 second pass which seeded him as the #1 qualifier in the Forced Induction Sport Class! That was quick enough to draw the attention of a few other racers who began asking him questions about his setup. Moments later, an IFO official came over to check on his Evo, explaining to him there were a few complaints of his turbo being too large, tires not being legal and that his cage was not in compliance with the rules. Running less than a 67.9mm turbo, DOT approved tires and cage in check, he was cleared to race by the official! Interestingly enough, one of the participants that complained was kicked from the class himself for not being in compliance. Now Dave is truly an honest guy and would never raise a fuss about such an ordeal, but this bit of irony was too great for us not to mention!

Track conditions were not all too great that overcast and cool day, Dave still managed to take 1st place on his low boost setting. With a little more track time, he’s certain he’ll have everything dialed in and the perfect winning Evo VIII street setup. Be sure to catch Dave and his AMS Evo VIII along with us at The Shootout!