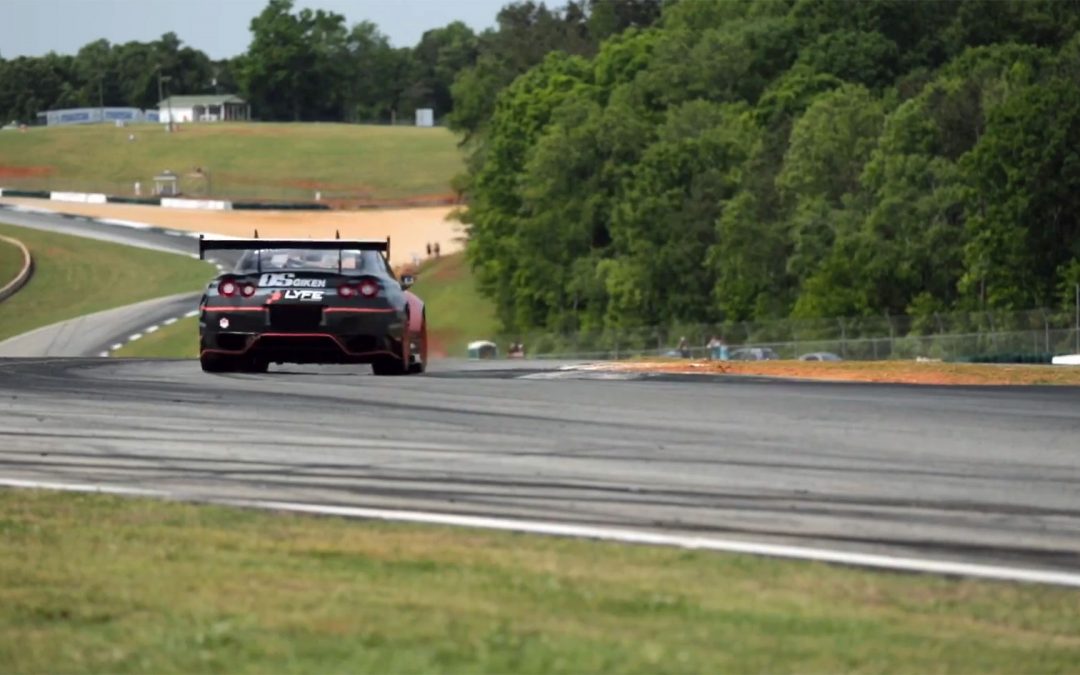 Monstrous GT-Rs can be found on most any automotive online publication these days, but there’s really nothing out there comparable to the LYFE Motorsport Alpha 10 GT-R currently competing in the 2015 Global Time Attack (GTA) Unlimited AWD series.  It’s as though this GT-R came out of nowhere last year – shaking up the existing competition and taking home the 2014 Pro Class Championship for the year.

If you haven’t heard or seen the #23 GT-R in action, check out the team’s Road Atlanta video recap featuring Cole Powelson, driver and founder of LYFE Motorsport. Cole and the LYFE team took home the win once again (1:23.796 – fastest in Unlimited AWD and Overall) at one of the most demanding circuits of the GTA series! Not many get to visit Road Atlanta in person and most of us at the shop have only experienced it playing Forza on X-Box 360. (Someone forgot to add the elevation changes in the game – that’s for sure! ) The recap certainly captures the true nature of the course and the capabilities of both car and the driver.

Cole and the LYFE Motorsport Alpha 10 GT-R  have a challenging season ahead which include two international competitions aside from the GTA series. Next up, the team will be headed out to Colorado for the Pikes Peak International Hill Climb (PPIHC) June 22-28, competing in the event for the first time ever. An even more ambitious journey will bring the team and #23 race car halfway around the world to Sydney, Australia for the World Time Attack Challenge (WTAC)! The best-of-the-best will be in attendance at both events, giving the team the opportunity to take home wins and lay claim to having the fastest R35 GT-R in the world!

To follow Cole Powelson and the LYFE Motorsport Alpha 10 GT-R: