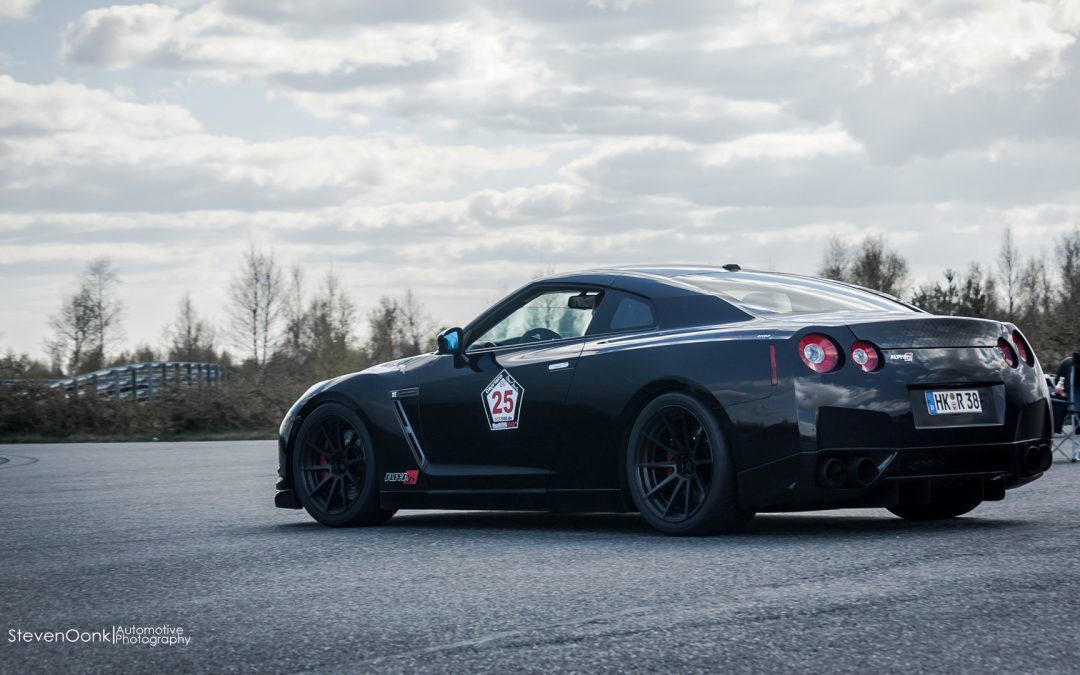 Last weekend, AMS/Alpha Master Dealer, Materialmord Shop out of Germany took 1st place at the SCC500 Rolling 50 event in their freshly built  Alpha 16 GT-R. The owner, Paul drove over 500 kilometers to and from the weekend event on a 93 octane pump gas tune, which it remained on throughout the entire competition!

During SCC 500’s Rolling 50 “1000” Trackday at ATP Automotive Testing Papenburg this Nissan GT-R, transformed by AMS  to an Alpha 16 was participating the dragraces. This 1600hp beast is an absolute opponent killer. It just doesn’t matter what car you put next to this Alpha. It just wins every time. What an amazing piece of engineering! In this video you see the Alpha 16 racing against an Audi S4 B5 Avant with 1253hp and a RS4 B5 sedan with 1000hp. It’s not a surprise the Alpha won because of the power difference. Although the GT-R is a lot heavier.

After these races the Alpha went for one more race against the 9ff Gtronic (Porsche 997.2 Turbo with 1400hp) and won with half a car length! It’s just amazing what AMS and Materialmord Shop have done to this car!”