The All Around Alpha 10 GT-R: Dominant on the Street, Strip and Circuit! 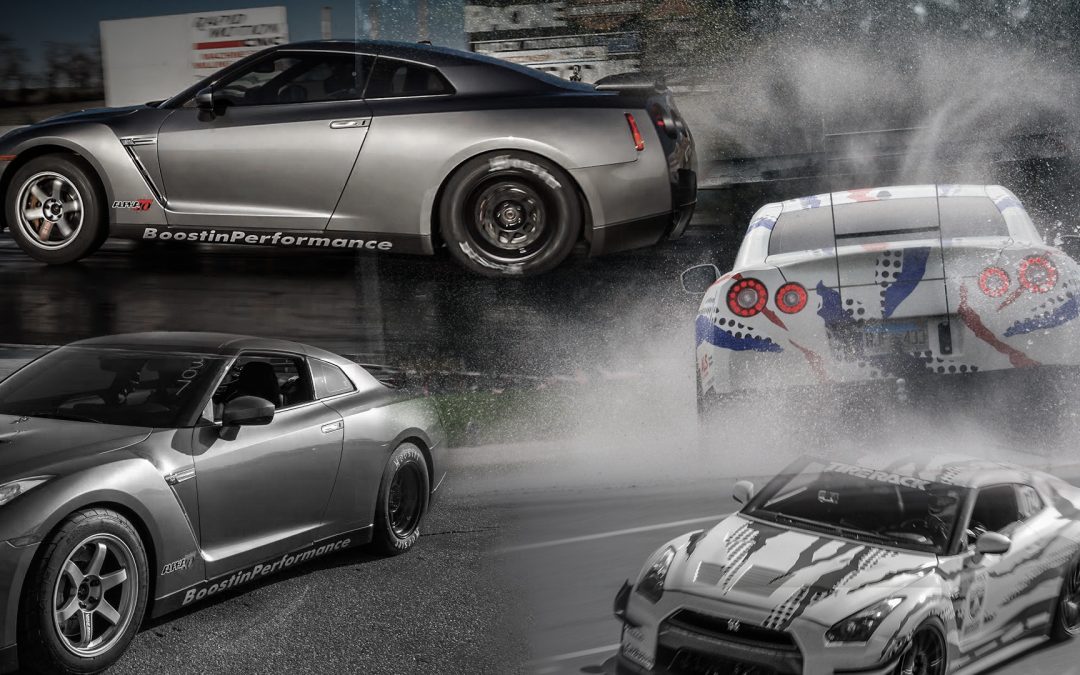 Four and a half years ago, when the GT-R aftermarket was in its infancy (at least for us), we had reached the limit of the Alpha 10 GT-R Turbo Kit and subsequently, had to move on to developing the larger turbo’d Alpha 12 kit to break into the 8’s and stay on top of the field in straight line performance. It used to be that one would opt for an Alpha 12 GT-R Turbo Kit for drag racing or an Alpha 9 Turbo Upgrade for road course duty because of it’s quicker spool. The Alpha 10 became sort of the all around package that wasn’t famed for either. That was then but throughout the years, all areas have improved remarkably. This involves the turbos, tuning, engine, suspension and the expertise of the shops and people behind the builds.

How good is an Alpha 10 powered GT-R on the drag strip and road course? We have two recent examples of what you can expect out of today’s Alpha 10 setup!

Just last week, Kristin Monger Schultz of Boostin Performance improved her 1/4 mile time in her daily driven Alpha 10 GT-R from the week prior with an 8.71@158mph run at Great Lakes Dragaway! The latest of only a handful of 8 second Alpha 10 GT-R’s, Kristin and the team at Boostin have been taking a systematic approach to development of the perfect E85 Alpha 10 setup. If you’re familiar with the 7 second Red Demon 2G DSM driven by husband Devin, you know how serious they take 1/4 mile racing. Kristin’s Alpha powered street GT-R is another one out of Boostin’s arsenal that proves it!

Passing everyone at NCM with an Alpha 10 Street GT-R!

Want to see what an Alpha 10 GT-R can do on the road course? The 2015 One Lap of America begins this weekend and last year’s 1st Overall SSGT1 BB winner, Catesby M. Jones has been doing some trial runs at NCM Motorsports Park in Bowling Green, Kentucky! This year, teams competing in the One Lap competition will be traveling 3,245 miles throughout the Midwest and central mountains in which they must complete 19 events throughout the course of 7 days! This includes a variety of circuit, drag strip events and two skid pad events!

Whereas the Alpha 9 package was the system of choice for circuit racing, more and more competitor’s like Catesby are going bigger with the Alpha 10 because of improvements to response out of the turns and power that doesn’t fade on the longer straights. This is the same turbo system used by AMS/Alpha sponsored the Lyfe Motorsport GT-R (formerly RaceCo) which won the 6 Hour WERC Endurance Race last year. Tires screaming while overtaking every car on the track, you’d think the video shows all Catesby and his Alpha 10 GT-R have to offer! Interestingly enough, this isn’t his best lap. He has video of another lap showing a decent bit more left in it, but we aren’t at liberty to show it until after the competition!

Catesby M. Jones, all of us at AMS Performance wish you a safe and successful week of competition at this year’s One Lap of America!