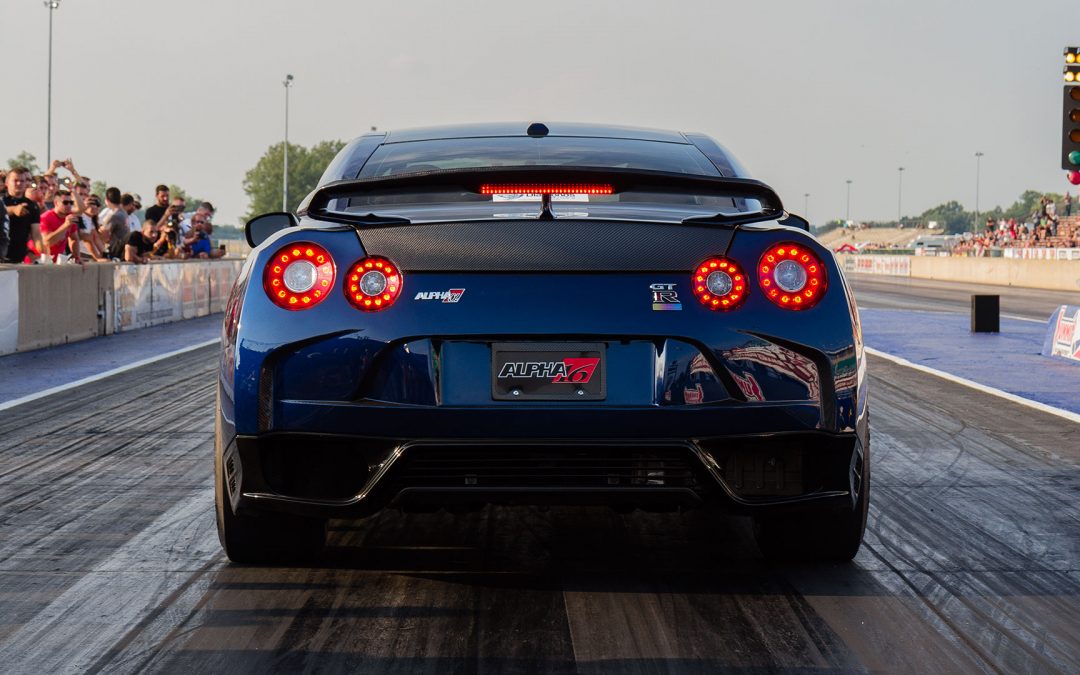 It was a great weekend in Norwalk Ohio for the 22nd annual DSM/Evo/GT-R Buschur shootout, the weather cooperated for the most part and the facility was packed! Wed like to thank Dave Buschur for hosting the event and we look forward to coming back in 2015  the event seems to get better and better each year.


Many AMS/Alpha cars were in attendance  Alpha7s , Alpha 9s, an Alpha 12 and four Alpha 16s accompanied by Dave Bruzewskis fantastic looking Evo were all racing in their respected classes and throwing down some incredible times.

Alpha 7 customer Jordan C. put his car through double duty competing in the GTR Stock Appearing class as well as the Max Effort class (Auto X time combined with ¼ mile time). Jordan finished 2nd in Stock Appearing with a best time of 10.18 @ 137 and also took 2nd in the Max Effort Class with a combined time of 44.9, not a bad weekend for Jordan!

Alpha 9 customer Dan M. with one the of original small Alpha 9 turbo kits took home the win in GTR stock appearing, giving Alpha powered cars a 1-2 finish in the class! Dan laid down a best pass of 9.85 @ 144MPH. Congratulations Dan!

Alpha 12 customer Jordan F. entered the GTR Quick class a bit outgunned competing against Alpha 16 and similar equipped GT-Rs, but that didnt stop Shepherd from piloting the car to a 2nd place finish! John ran a best of 8.48 @ 170.02 MPH an insane time for Alpha 12 turbos AND he accomplished this on drag radials!

For Alpha 16 customer Gideon, this would be the first time hes competed in drag racing with a pro tree. Did that catch him off guard? Heck no, Gideon was pulling better reaction times that most seasoned drivers all weekend! His car was also running strong. He took the win in the first round of eliminations then had a by run in the second round.

In the semifinals Gideon was paired against the ETS GT-R, a car hes been doing battle with all year at the Shift Sector roll racing events. Gidi launched the Alpha 16 hard and jumped out ahead taking the win. The finals would be all Alpha powered matchup against Jordan Fs Alpha 12.

Gideon and Shepherd lit the beams for the final round, Shepherd got the better reaction time but Gideon reeled him back in quickly and stayed ahead running a 8.24 @ 179 to Shepherds 8.59 @ 168 to win the GTR Quick Class.

From all of us at AMS, we would like to thank everyone powered by AMS/Alpha who participated this past weekend and a big congratulations to Gideon and Dan for taking home class wins. We had a great time at the Shootout and will see you there next year!