Chicago Wannagofast Wrap up and Video 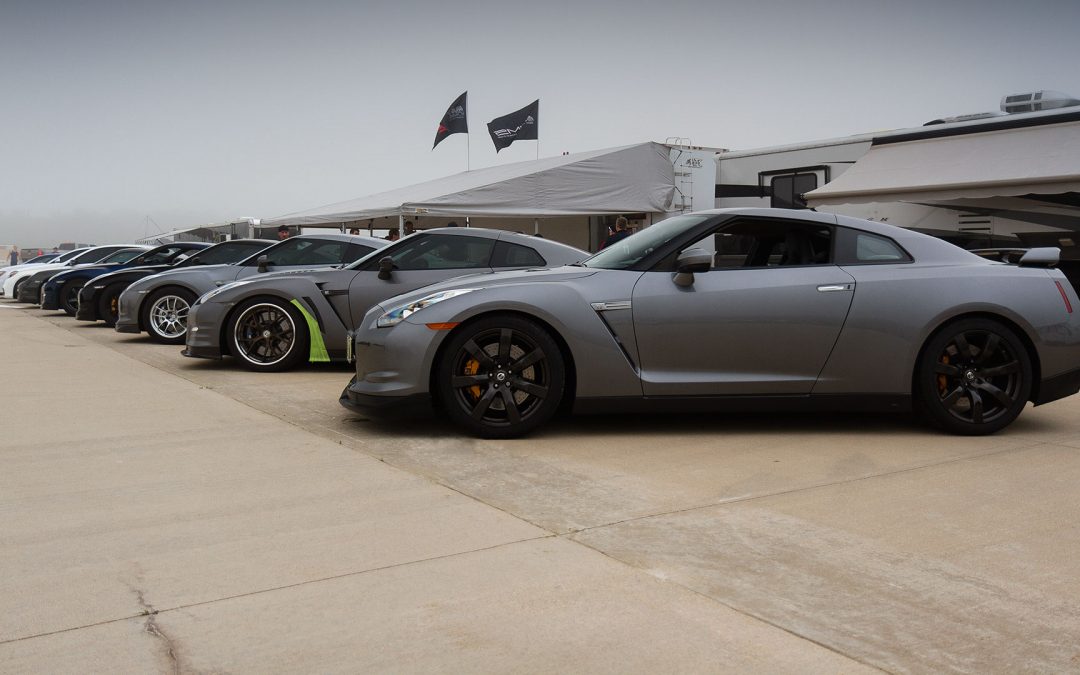 What a weekend!
The crew here at AMS is still recovering from the first 2014 Chicago Wannagofast event. We had a ton of fun even with Mother Nature throwing us a curve ball Saturday afternoon. Our team arrived at the venue in force with more than 10 Alpha cars ranging from mild to customer owned 1,800+HP Alpha 16 builds aiming to take home the fastest trap speed of the weekend.


Saturday morning we were greeted with dense fog as we arrived at Bult Field which postponed the start of the event. Everyone was itching to get out and start making runs but the weather was not cooperating. When the fog eventually lifted everyone jumped into action.

One of the first cars to hit the runway was a customer’s Ronin GT-R build. It launched hard leaving the car next to it in the dust and tripped the beam at 174.41 MPH setting the fastest speed of the day at the time.

Alpha customer Gideon, who is one of the most passionate GT-R enthusiasts on the planet made a shake down pass of 199.29MPH, but Gideon wasnt finished or satisfied, he headed back out and clicked off a 206.61 MPH blast securing him the first place spot by over 16mph! Unfortunately soon after Gideons 206.61 MPH run, the sky turned dark and a massive rain/thunder storm moved in. After the storm let up attempts were made to dry the runway but the rain started falling again and the day was called short.

On Sunday the bad weather had cleared, no rain in the forecast and a bright sunny day, perfect for racing. Right away we had an Alpha 16 duel for first place. Customer MC ran first and after a warm up pass, he put the pedal down and posted 204.54 MPH. Not to be outdone, Gideon staged his Alpha 16 and without so much as a warmup run piloted his GT-R to 210.08 MPH putting him back in the top spot. Now, our Alpha 16 customers are known to be a bit competitive, so what do you think MC did? He fired right back with a 212.06 MPH, the spectators were loving it!

Chicago Motor Cars bought their 3.8L Alpha 12 GT-R in full police car livery  lights, sirens, and a police car paint scheme. Thankfully the light bar and other accessories didn’t slow this Alpha 12 down as it ran a best of 200.89 MPH without breaking a sweat.

After making a few passes on pump fuel, Alpha customer Zac C drained the 93 octane from his Alpha 10 GT-R and filled it with the good stuff. Zac made multiple 180+ MPH runs with a best of 183.37 MPH, impressive considering his Alpha 10 weighs quite a bit more than a stock GT-R due to a very elaborate sound system.

Our shop 997.1 Turbo was brought to the event with a goal of besting last years speed of 172MPH. Equipped with an all new Cobb Accessport with Alpha tune and larger Alpha 10 turbos it logged a best speed of 182.92MPH and made a Lamborghini Aventador look incredibly slow in the process.

A pleasant surprise on Sunday was our 4,300+lb E63 AMG 4matic. We had done some initial ¼ mile testing when the car was stock but hadn’t had a chance to test it after the Alpha Tune and Prototype exhaust were installed. We staged the car and as luck would have it lined up next to a McLaren 12c  a heavyweight sedan vs a featherweight supercar. Both cars launched hard and to our surprise the E63 pulled away running a best of 156.90 MPH to the McLaren’s 153.89MPH.

As the event was winding down, Nth Moto’s twin turbo Viper ran an impressive 212.XX mph pass barely edging out MC’s Alpha 16 GT-R for the top spot. Without hesitation MCs Alpha 16 was warmed up and set out to reclaim first place. You could tell the car was on a mission, the GT-R flew down the runway crossing the half mile at 213.0682 MPH taking back the top spot. The Viper was next in line to make another attempt, crossing the line at 213.0682 MPH, a tie to the ten-thousandths of a second with MCs GT-R. What seemed to be a timing error at first was determined to be correct after a call to the timing equipment company. By 6:00 PM neither car was able to run faster resulting in a two way tie for first place.

AMS would like to thank all Wannagofast staff and Bult Field for hosting this half mile event, the entire weekend was smooth and well organized with minimal downtime. We hope to see Wannagofast back in Chicago at a new venue this October.