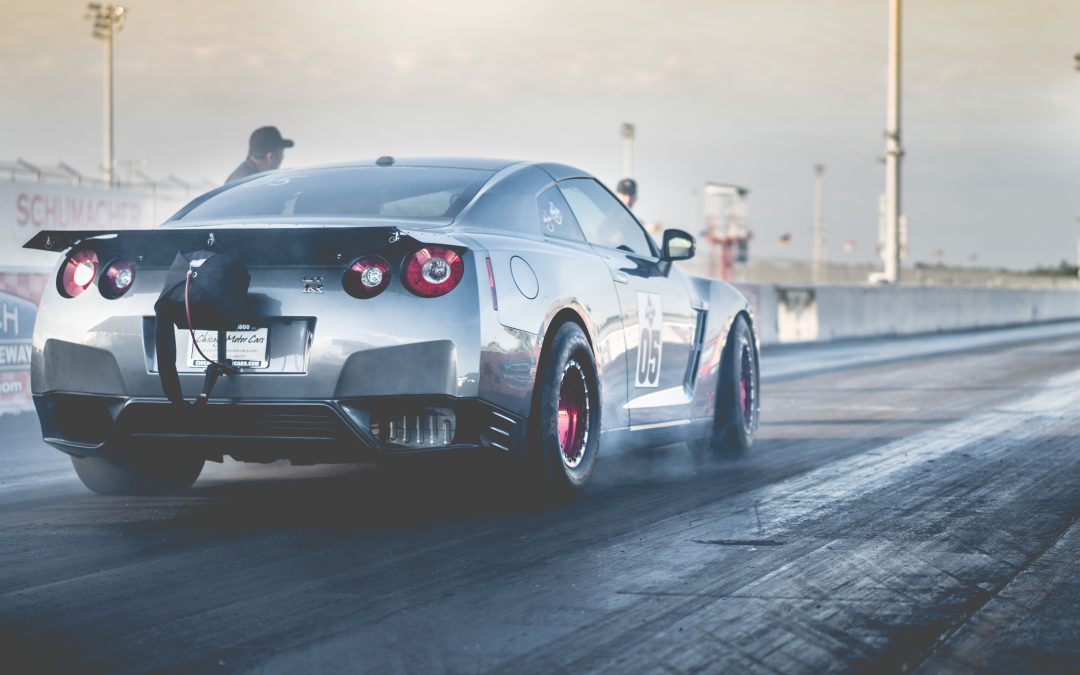 Still fresh in everyone’s mind was the run in last year’s GTR World Cup at Palm Beach International Raceway when the Diamonds by Wire Alpha G  was still chasing the elusive, first ever, 6 second pass when the timing clock failed. What did not fail was Alpha G becoming the first GTR World Cup Champion at the event’s inaugural race. This year Alpha G was back to defend his crown, claim The Cup, and race to be the back to back Champ at the GTR’s last event as an AMS sponsored race car.

As morning broke on Day 1 of the event Alpha G, Drivewire’s Alpha X, and Chicago Motor Cars‘ Alpha X were prepped for racing at the year’s most pristegous GTR racing weekend. The techs worked diligently to get the cars and drivers ready. Alpha G would be competing in the “Unlimited” Class with Alpha Performance Dealer Tony Palo from T1 Race Development being another favorite to win the class. T1’s car was debuting a new wide body configuration that allowed them to run much wider tires to try to get the massive amount of power they were producing to the ground.

In the “Stock Location” Class a trio of Alpha X powered cars were trying to make a splash for the second year in a row. Chicago Motor Cars, Drivewire, and Michael Hurley were all poised to grab podium spots. The three would face extremely tough competition from Shep Transmission’s Alpha 16X GTR and Boostin’s Alpha 12X GTR. The only thing left to do was to drop the lights on the tree and race.

When the World Cup Quarter Final round began the favorites started to rise to the top. Chicago Motor Cars’ Alpha X drew Boostin’ Performance’s absolute monster Alpha 12X. This was a rematch of last year’s final where Boostin’ edged out CMC’s X car. CMC had the counter punch.

In the Semi Finals CMC’s Alpha X went up against one of our favorites John Shepherd in his Shep Trans Alpha 16X. Chicago Motor Cars then faced off with fellow Alpha X driver Michael Hurley in the finals.

In the World Cup’s Unlimited Class Final Last year’s champion, Alpha G, was matched up against another one of our favorite people, Tony Palo, in his wide bodied T1 Race Development GTR. It was the race that everyone was asking for and the two drivers did not disappoint.

The Results speak for themselves. Again, Alpha powered cars dominated the podium. For two years in a row AMS was the premier shop at the GTR racing’s premier event. We have even bigger plans for GTRWC19! Stay Tuned.