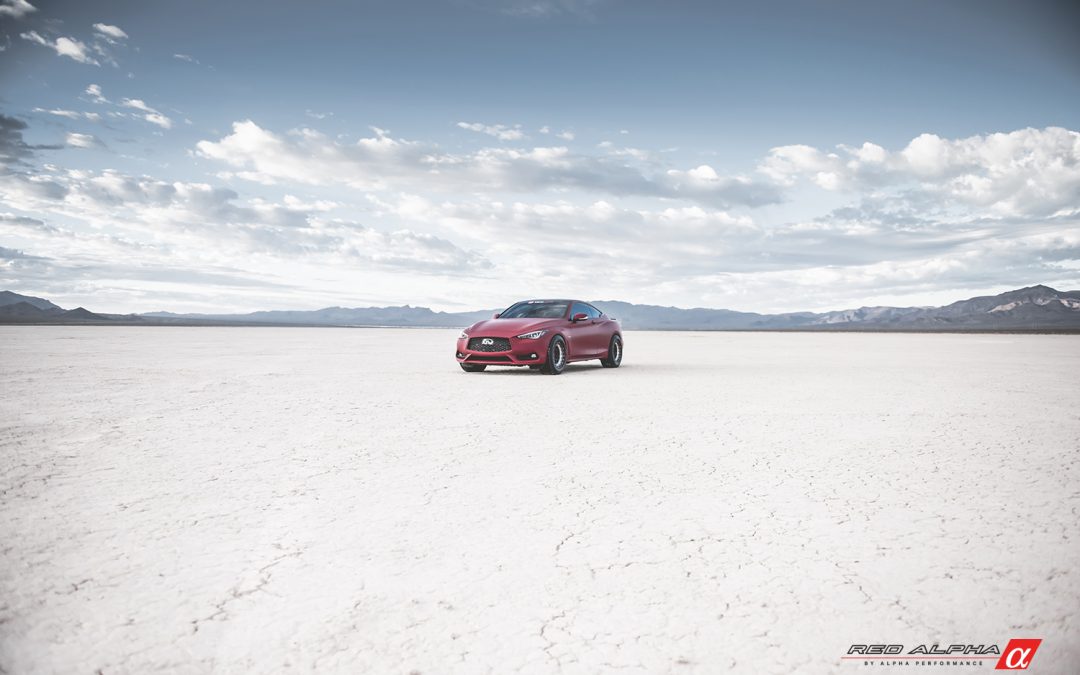 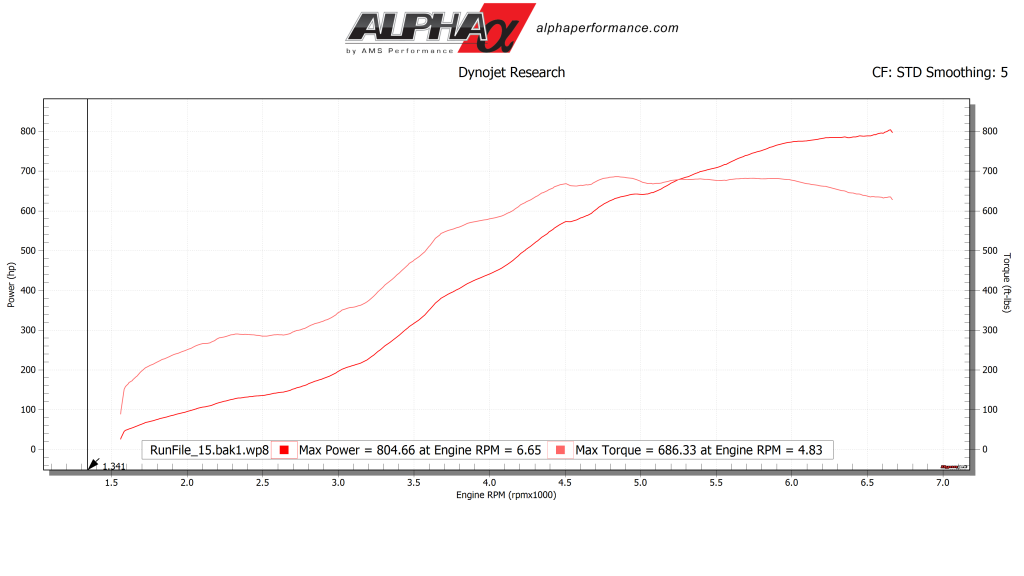 AMS Performance is excited to announce that we dynoed our Q60 Red Alpha at an amazing 804.66 AWHP and 686 ft. lbs. of TQ! Less than a year ago AMS Performance and INFINITI USA announced a partnership to bring top tier performance to the Q60 and Q50 aftermarket dubbed the “Red Alpha” project. INFINITI delivered two vehicles to AMS Performance to begin development. We dug in. AMS Engineers immediately disassembled the Q60 in our R&D center as others raced the Q50 down to North Carolina’s Tail of the Dragon to put the car through its paces. By the time SEMA rolled around AMS had a clear direction for the platform even if it was a surprise to the critics.

“Raise your hands if you feel a little hoodwinked by Infiniti and its Q60 Red Alpha Concept. I know I have my hands in the air because I expected something completely different from this concept. But, that’s the beauty of the auto industry. Just when you think you’ve seen it all, it gives us a car like the Q60 Red Alpha.”

The car cover along with a lot of jaws dropped when the INFINITI Q60 Red Alpha was revealed in the Motovicity Distribution booth at SEMA 2017. Kirby Garlitos of Topspeed Cars writes, “Raise your hands if you feel a little hoodwinked by Infiniti and its Q60 Red Alpha Concept. I know I have my hands in the air because I expected something completely different from this concept. But, that’s the beauty of the auto industry. Just when you think you’ve seen it all, it gives us a car like the Q60 Red Alpha.” If you know us you know it is our mission not to only be the fastest, but to be the fastest while still being the most reliable. It is what our customers expect from AMS. Its what we expect from ourselves. And, go fast is what we did.

After setting the world record for the vr30ddtt in the quarter mile and doing it displaying power and consistency we returned to our R+D center to push the envelope even further. Here is where we stand right now and a few things that we are working on.

Engine Build:
For now, we’ve put together a rather basic engine for the car, utilizing Manley pro series I beam rods and Manley forged pistons. The compression ratio has been left unchanged from factory. In the future we want to see our engine program progress with things like cams, larger valves, and maybe even a larger than 3.0 liter displacement engine build.

Turbo System:
With turbos from AMSTurbo.com we’re using a prototype Garrett GTX-based twin turbo system on the car, which mounts directly to the cylinder heads. We’re still a ways out from having these readily available as an off-the-shelf kit to order, however, we can build the kit in-house for customers looking to put these on their car as soon as possible.

Fuel System:
The limiting factor on many new vehicles is the Direct Injection system. In many cases, it is very hard to find an aftermarket solution, and tuners will need to add an additional port injection system to the car to support the fuel flow needs at high horsepower levels. We’ve been able to create an elegant solution to this, which retains the DI system and doesn’t require the addition of a port system. More info will be made public on this later, but it’s safe to say this solution will be an easy way for everyone to run full e85 on stock turbo VR30s.

Transmission Build:
We worked with the guys over at Level 10 on getting our trans built, and they were great to work with. The trans now has beefed up internals and a performance valve body which will help with making shifts quicker. Unfortunately, no upgraded torque converter is available currently but it’s something we’re thinking about for the future. We’re also hopeful that EcuTek will release some trans control software for the TCU at some point, but nothing available yet on that front either.

Future Plans and Quarter Mile Times:
With any luck, we’ll be making some 9 second passes very soon. But first we had to work on the world record for the VR30…